It was the prelude to my Fringe Festival event on July 10 2018 called “Who is jaynee.com.au? Which is a poetry book launch and live performance.

Before any book launch there is a promotional build up period and the exhibition at DVAA is exactly that for me as an emerging artist presenting myself in public.

I have a spoken word film taken from a poem in my poetry book called “Land of the Warthogs” which you can view on my website jaynee.com.au

I projected that film onto the wall inside the studio.

The film lends itself to large projection only and was originally accepted as part of Melbourne Fringe Festival in Melbourne 2001.

The film was originally filmed in an artists squat in Woolloomooloo Sydney traditionally the gunnery for target practice for the army and navy.

It has a long history and involved some famous artists that were living in Sydney in 1992 when it was first shot.

“Visions of a New Kind”

Prior to Book Launch

“Land of the Warthogs”

“Visions of a New Kind”

The poetry book was first published 1987 after being rescued from an old suitcase.

It was republished in 2018 as an updated edition including the images from the spoken word film “Land of the Warthogs” which features as a poem in the book.

Between 1987 and 2018 Jaynee emerged from being a performance artist and published poet to an activist film maker.

The earlier poetry reflects some current global concerns and issues even though they had not emerged at the time they were written by the artist.

The second to last poem in the book called “the Promise” is yet to be fulfilled as a hope for a brighter future for humanity which does not exist at this time.

Displayed at the Darwin Fringe Festival July 6-13, 2018 along with the sale of the poetry books will be an installation created on the back of an old door called “unhinged doors…to making it right in this life”

Please add your name to the mailing list inside studio 1 to be informed of the 2018 Darwin Fringe Festival event and visit jaynee.com.au for other events

“Land of the Warthogs”

Was originally conceived after a nightmare prior to 1987.

I wrote the words that came to me in the dream as a poem that I later published in the first edition of “Visions of a New Kind”.

1992 I met two would be entrepreneurs who offered to film my poem as spoken word and said they would walk me through it if I took on the producer role.

I emerged six months later with the storyboard, a cast of over twenty people including wardrobe designers as well as the venue.

We rehearsed volunteers from tribe’s hair salon in Oxford St to the local independent artists from Sydney’s GBLTI community and shot the footage in an artist squat in Woolloomooloo in Sydney called “The Gunnery”.

2001-3 I met a film editor at Footscray Film School in Melbourne willing to edit the pre digital VHS footage.

After some synchronistic events to find the original master, it reached industry standard for festival entry.

The current soundtrack was re invented during the editing and was produced by some genuine entrepreneurial musicians and production company called edgecore.com.au from Bryon Bay.

Studio 1 suits the style of this film Thanks to DVAA I can recreate a similar atmosphere true to 1990s bohemian style of performance art. 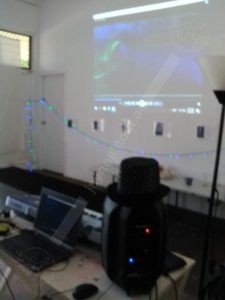 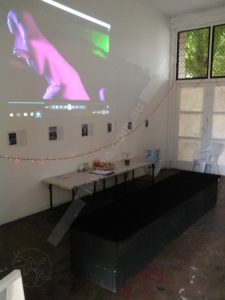 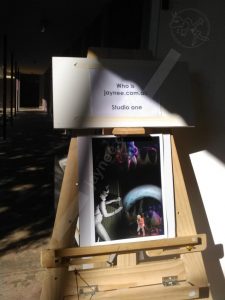 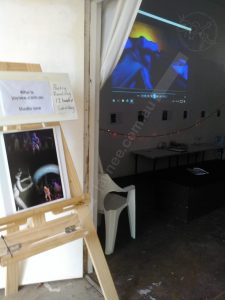