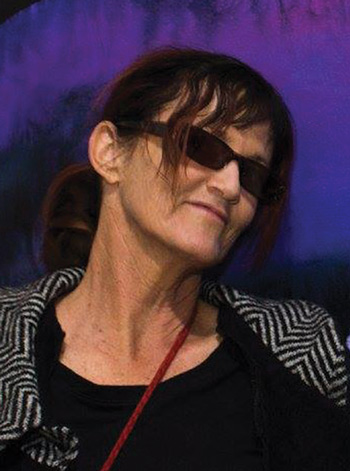 I was born in South Island Christchurch NZ and began writing poetry when I felt misunderstood. My first poem was published in the local paper at age four.

In my early twenties I left NZ after losing my first child. Determined to be a singer songwriter in Sydney Australia 1986 I became a full member of APRA (Australian Performing Rights Association).

Soon after I returned to NZ and published the first edition of “Visions of a New Kind” 1987 with the support of my father’s publishing company. The same year I won recording time with NZ Broadcasting House for five of my original songs.

1992 I created and produced “Land Of The Warthogs” in VHS format. It was a spoken word, silent film, stage performance, journey into the underworld.

In 2000 it was accepted and exhibited at Melbourne Fringe Festival as a VHS short film and performance (see chapter illustrations).

When 9/11 events created world “terrorism“ I turned to documentary film making with Art Resistance and later produced my own short docos.

The poem “Before Meeting You” was requested by Dr. Christine Cole for her book “Releasing The Past”. Mothers’ stories of their stolen babies. I took refuge at that time in spiritualist meditation circles and wrote poetry in trance state.

Later in my life I returned to performing my original poetry as spoken word in Alice Springs N.T. The indigenous people of Australia say “Alice is the place where the song lines meet”.

I found my place and finally claimed myself as an artist and a performer in this desert heart.